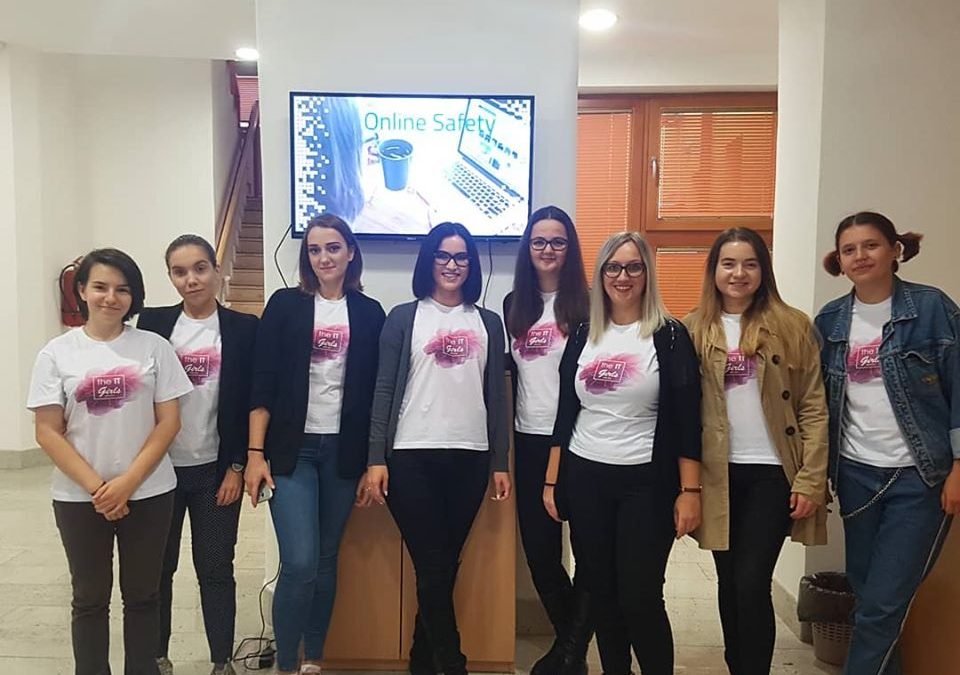 On 9 October 2018, Cape Ann Enterprises celebrated Ada Lovelace Day – International Women’s Day for Science, Technology, Engineering, and Mathematics. Ada Lovelace is an English mathematician who lived in the first half of the 19th century. She was an associate of Charles Babbage, the inventor of the analytical machine. Ada’s machine notes contain what is today considered to be the first algorithm (procedure) devised for the machine to process. Because of this accomplishment, she is considered to be the first computer programmer and the computer programming language ” Ada” has been named after her.

In cooperation with Leftor, Bit Center and BILD IT, we organized a three-hour meeting with the students from two Tuzla high schools who visited our company and listened to a lecture on Online safety by our classmates Azra Nurikic and Inela Bajric. On this occasion, they spoke about the dangers that young girls, teenage girls, and women are exposed to on the internet, and ways of protecting themselves in the virtual world.

Also, girls and women from all four organizations spoke with all of them and presented them with the benefits of working in the IT sector.

Through discussions with our employees, The students of the Tuzla Chemical and Electrical Engineering School visited the premises of our company and got acquainted with the work of the IT sector.

The students did not hide their enthusiasm with the way and conditions of work at this company. They talked to young people who work here, to find out what skills are required for employment in an IT company and what are the benefits of working in this sector.

“What got our special attention during the visit were very young people who worked there, eager to gain new knowledge and experiences,” said Professor Bezirovic Ramiza.

The shortage of girls in the IT sector is mostly the result of prejudices.  Despite their love for mathematics and computer science, prejudices are affecting the decision of girls to build their careers in other sectors after leaving primary or secondary school, or they are completely abandoning their careers. That has been the main reason for the massive departure of young people to Western countries. Europe. This is the reason, Cape Ann Enterprises considers it their job to prove the opposite by acting.

Share This
By using this website you understand and accept that Cape Ann uses cookies to be able to offer you a more tailored response or information to meet your requirements, and that your personal data will be held in accordance with our Privacy Policy.Allow Cookies